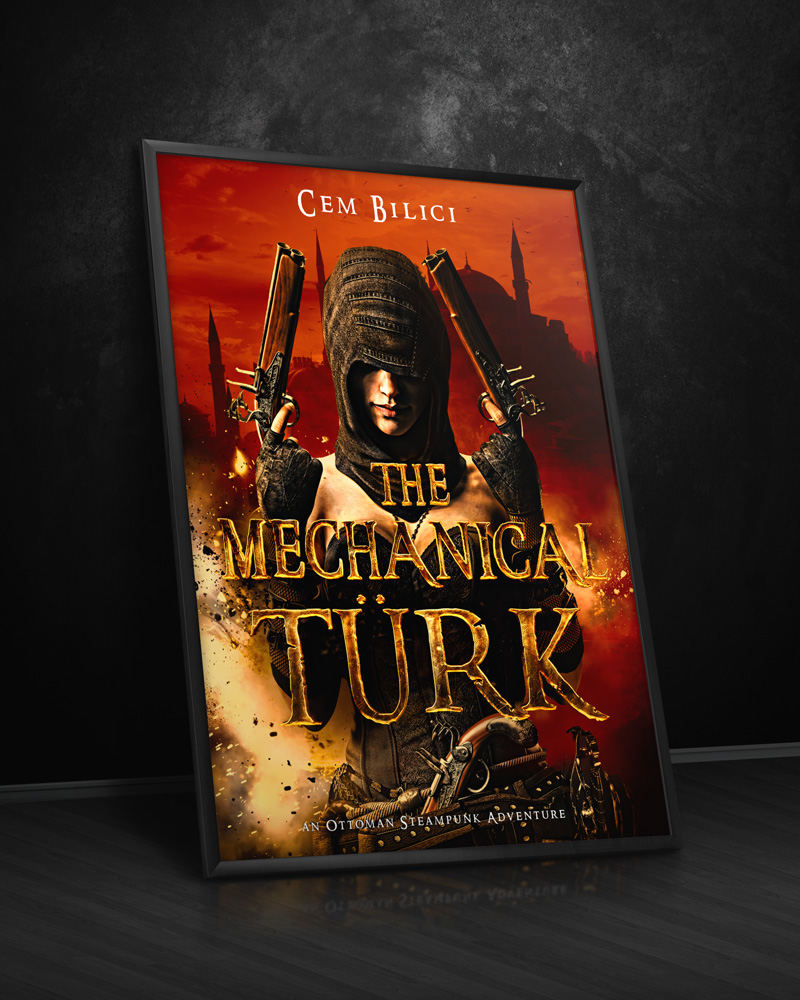 is an author and screenwriter of supernatural thrillers and fantasy adventures.

Born in Adelaide, South Australia and of Turkish heritage, Cem lives with 1 dog — Bucky the beaglier — and 0 cats (that will likely never change), and a couple of humans.

dominance resurged when they unearthed the secrets of Greek Fire and steam technology, but Angelique Morreaux will be damned if she allows that to stop her from exacting her revenge!

Born into a life of servitude in a foreign land, Angelique escaped and has been plotting and training ever since. Her scheme to hurt the Ottomans, however, did not include a British policeman being shackled to her as chaperone. Nor did Constable James Nathaniel Beechworth ever imagine when he swore service to King and country that he would one day find himself dragged across the world, escorting a criminal to the very enemy’s heart: Istanbul.

If they wish to have any hope, Angelique and Beechworth must steal the secrets of steamworks from the Turks. No easy task when they also must contend with the deadly Janissary, the Ottoman Sultan’s elite army of soldiers. However, things are not at all as they appear in Topkapi Palace as they uncover intrigue upon intrigue, and a deadly plot and murders are heaped on Angelique and Beechworth’s shoulders, and they will need far more than their wits alone to defeat their true enemy.

Just who that enemy is, however, is what they must also uncover. Is it the Janissary, using the young Sultan Orhan as a puppet? Or the rebel group Asena, who claim they are the only true and pure Turkish people? And what of the rumours of a far deeper conspiracy?

If Angelique and Beechworth can somehow work together, and survive, perhaps they will uncover the truth of The Mechanical Turk!