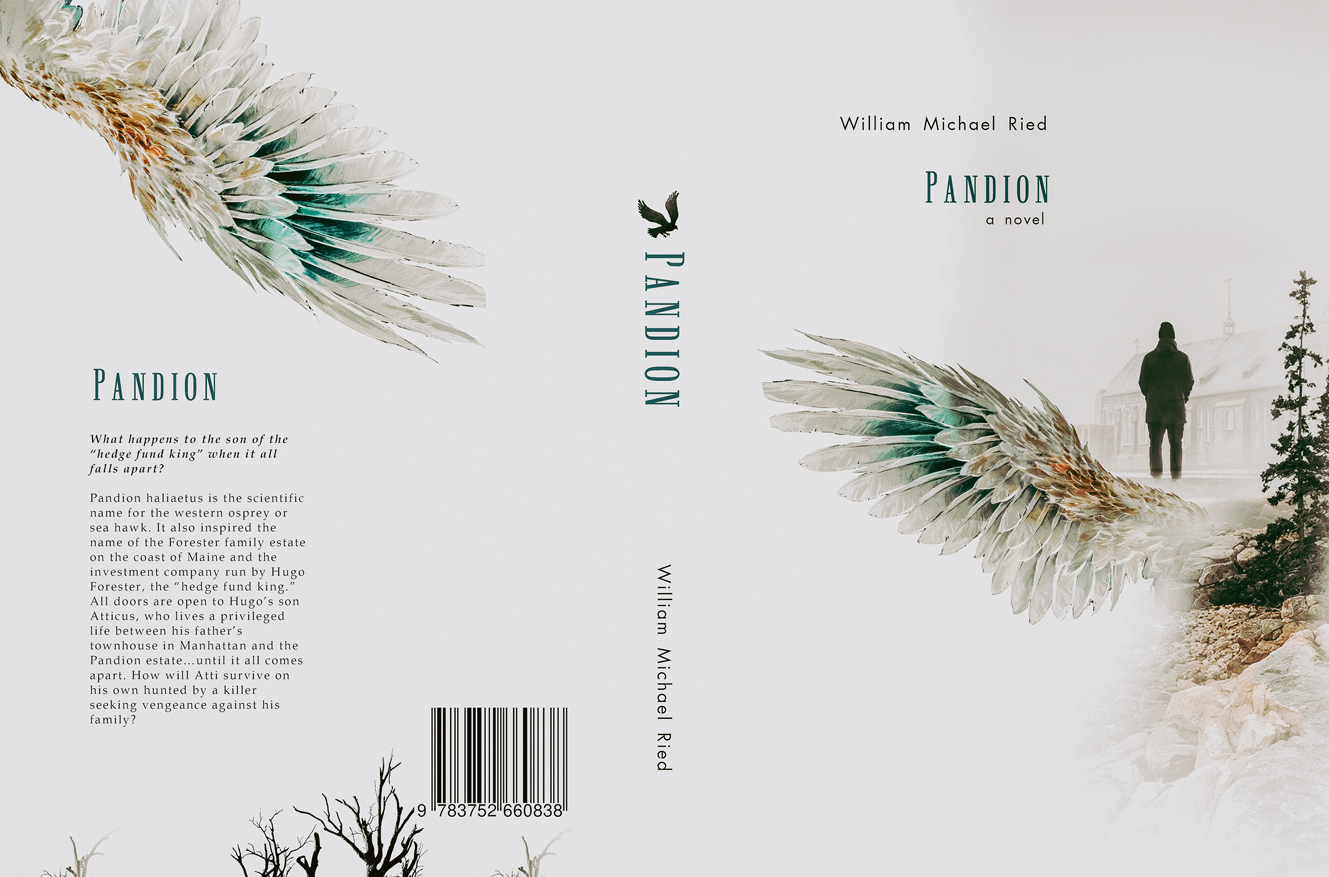 intertwines three stories: an upmarket mystery involving a killer’s vengeance against a wealthy family that owns a large family estate on the southern coast of Maine; a coming-of-age novel of the son, who lived on top of the world but is cast out to crash in a Loisaida tenement; and a love story between the son and the girl he grew up with and always thought was his cousin. The three stories center on the family estate Pandion, which is named for pandion haliaetus, the western osprey, as well as for Attic tribe Pandionis in ancient Greece. The osprey is indigenous to Maine. The Greek connection carries through to the mystery, as the villain leaves threats couched in Greek mythology.

was born on Long Island, graduated from the University of Michigan and Georgetown University Law Center and has practiced law in New York City for thirty-eight years. His first novel, Five Ferries, was a finalist in the 2019 American Fiction Awards for Best New Fiction. He lives with his wife in Manhattan.