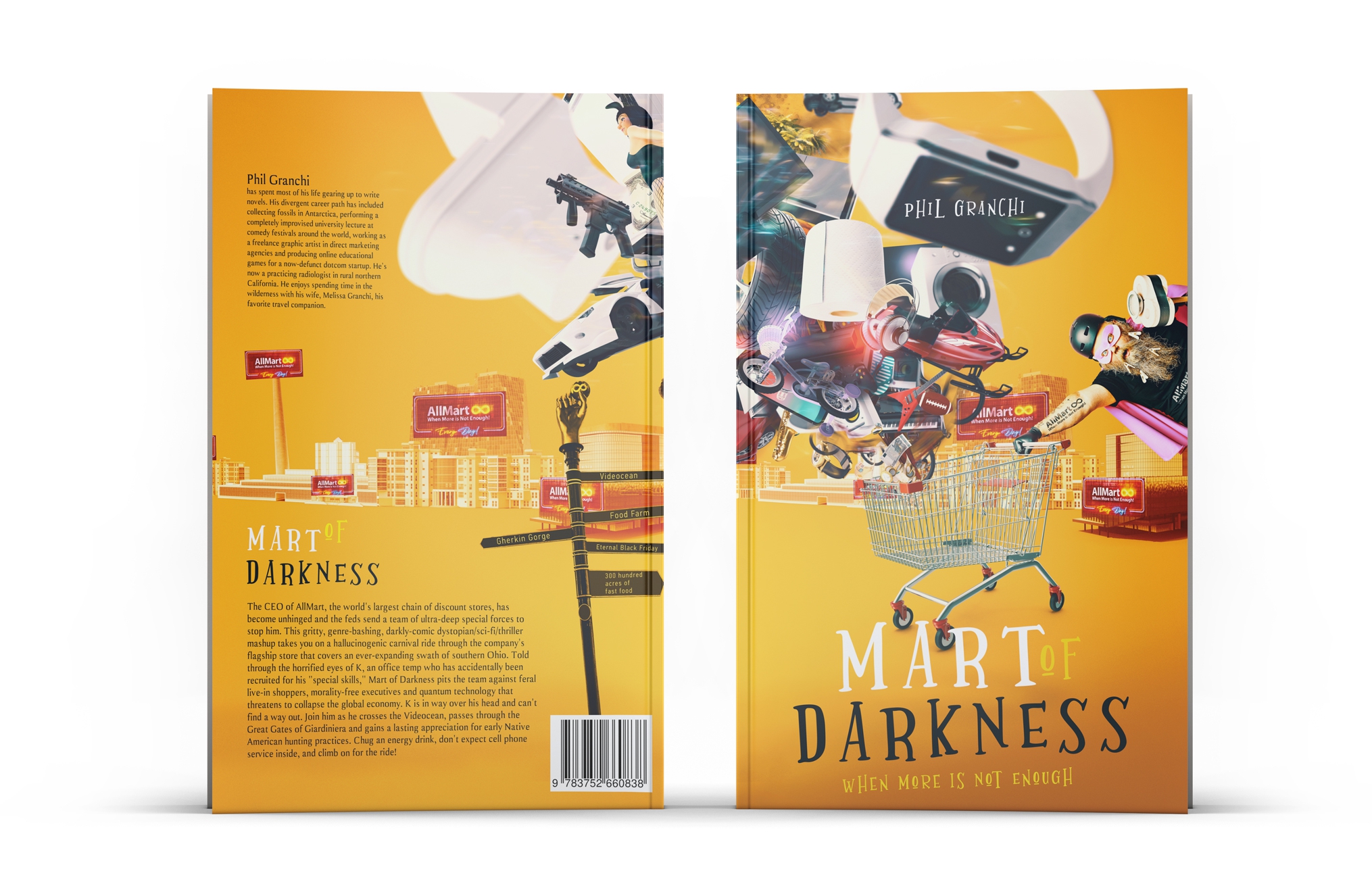 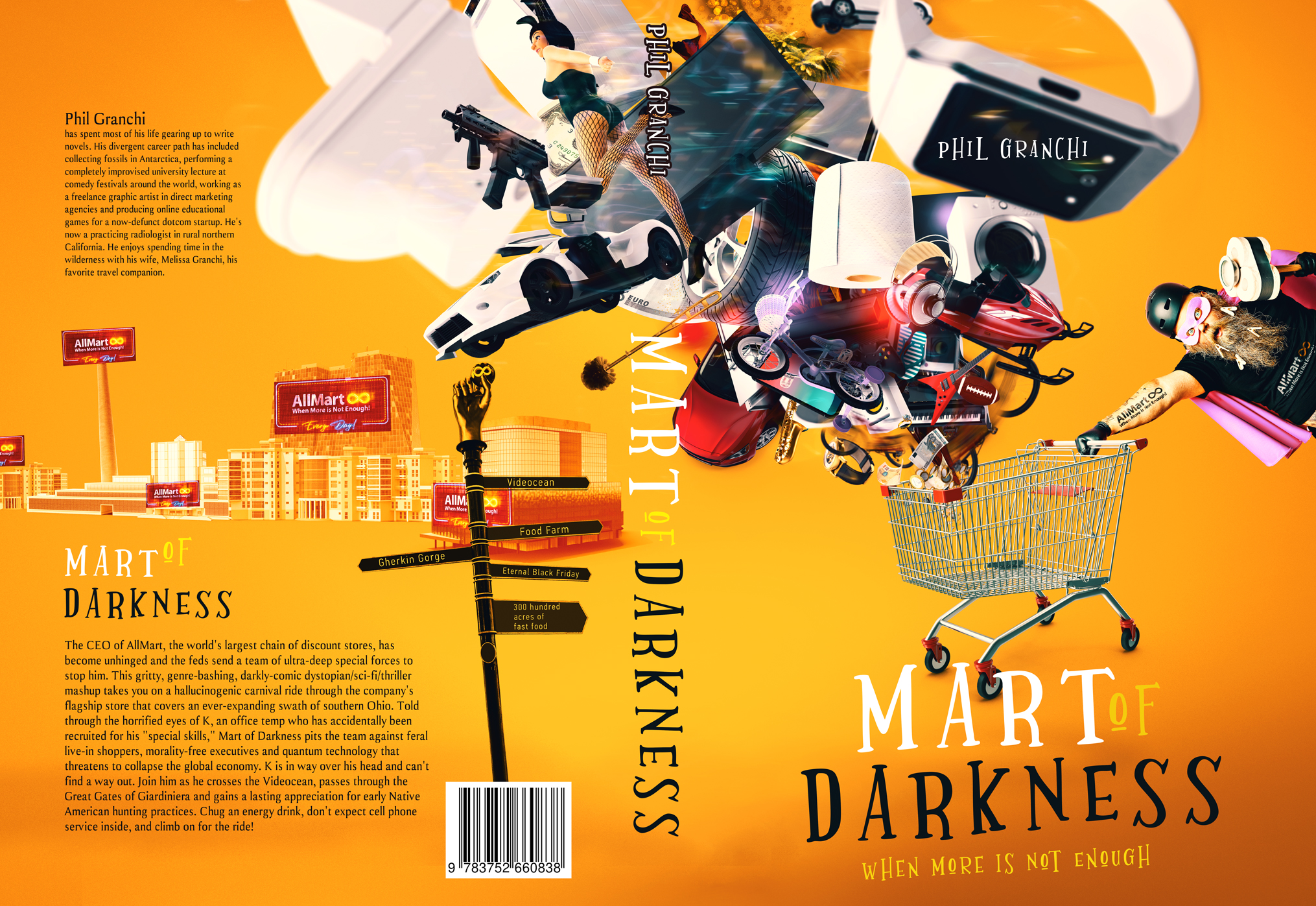 has spent most of his life gearing up to write novels. His divergent career path has included collecting fossils in Antarctica, performing a completely improvised university lecture at comedy festivals around the world, working as a freelance graphic artist in direct marketing agencies and producing online educational games for a now-defunct dotcom startup. He’s now a practicing radiologist in rural northern California. He enjoys spending ti

The CEO of AllMart, the world’s largest chain of discount stores, has become unhinged and the feds send a team of ultra-deep special forces to stop him. This gritty, genre-bashing, darkly-comic dystopian/sci-fi/thriller mashup takes you on a hallucinogenic carnival ride through the company’s flagship store that covers an ever-expanding swath of southern Ohio. Told through the horrified eyes of K, an office temp who has accidentally been recruited for his “special skills,” Mart of Darkness pits the team against feral live-in shoppers, morality-free executives and quantum technology that threatens to collapse the global economy. K is in way over his head and can’t find a way out. Join him as he crosses the Videocean, passes through the Great Gates of Giardiniera and gains a lasting appreciation for early Native American hunting practices. Chug an energy drink, don’t expect cell phone service inside, and climb on for the ride!