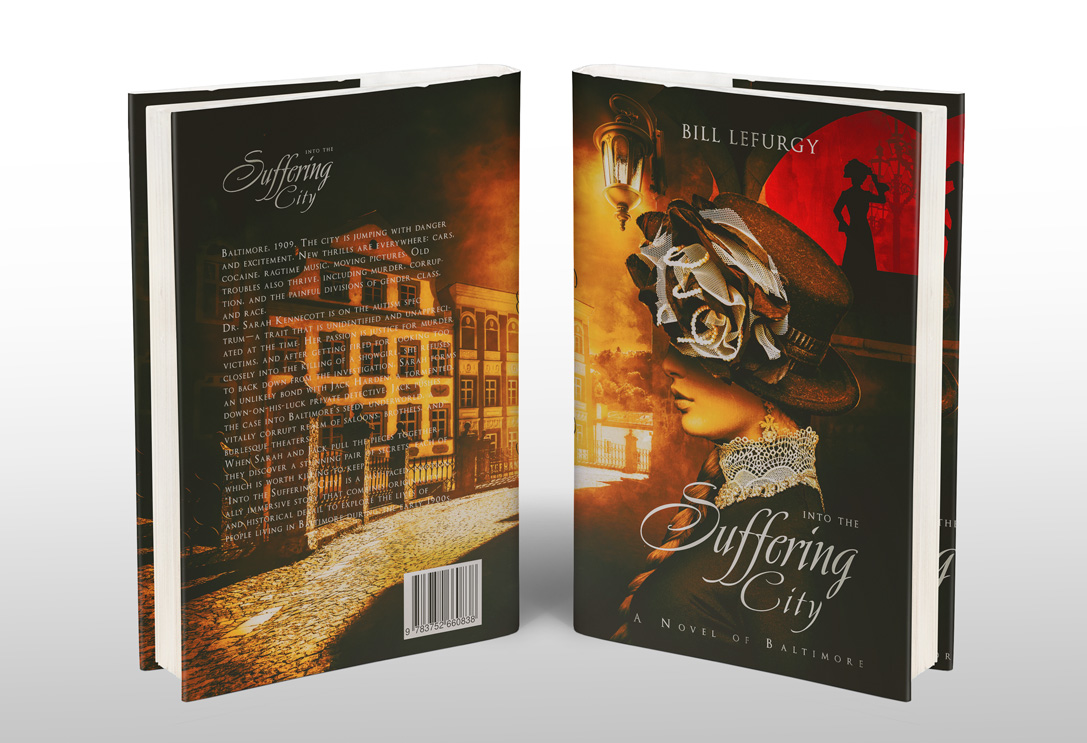 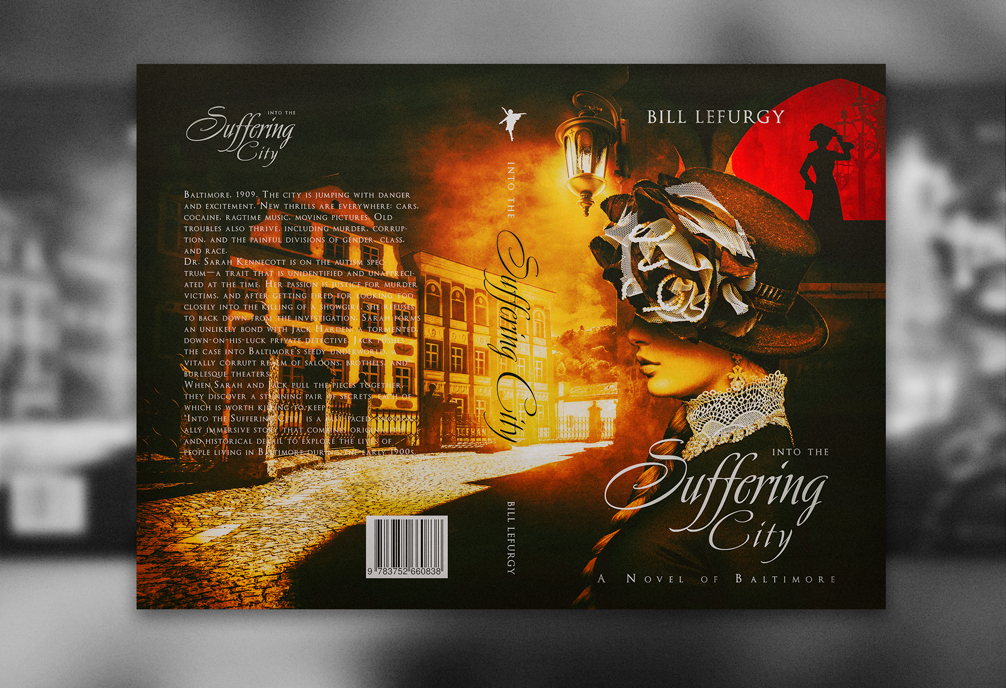 Into the Suffering City: A Novel of Baltimore

I am the author of the Sarah Kennecott and Jack Harden Mystery series set in pre-WWI Baltimore, MD. I am a professional historian and archivist.

Baltimore, 1909. The city is brimming with thrills and danger. Automobiles, cocaine, ragtime music, and moving pictures are new. Yet certain things persist: cops, crooks, booze, prostitution, and the rigid divisions of class, gender, and race.
Dr. Sarah Kennecott is brilliant and on the autism spectrum—a trait that is unidentified and unappreciated at the time. Her passion is getting justice for murder victims. After being fired for probing the death of a showgirl, she refuses to back down. She struggles to get information about the killing from arrogant and abusive men in grimy city offices and gilded ballrooms while defying efforts to banish her to an insane asylum.
Sarah forms an unlikely bond with Jack Harden, a hard-boiled private detective struggling with traumatic memories of a wartime massacre. Jack pushes the investigation into Baltimore’s seedy underworld of the last century, a vitally corrupt realm of saloons, brothels, and burlesque theaters. Along the way, he’s got to deal with a murderous police detective and a ruthless political boss, as well as a beautiful actress—who just might be the most deadly of them all.