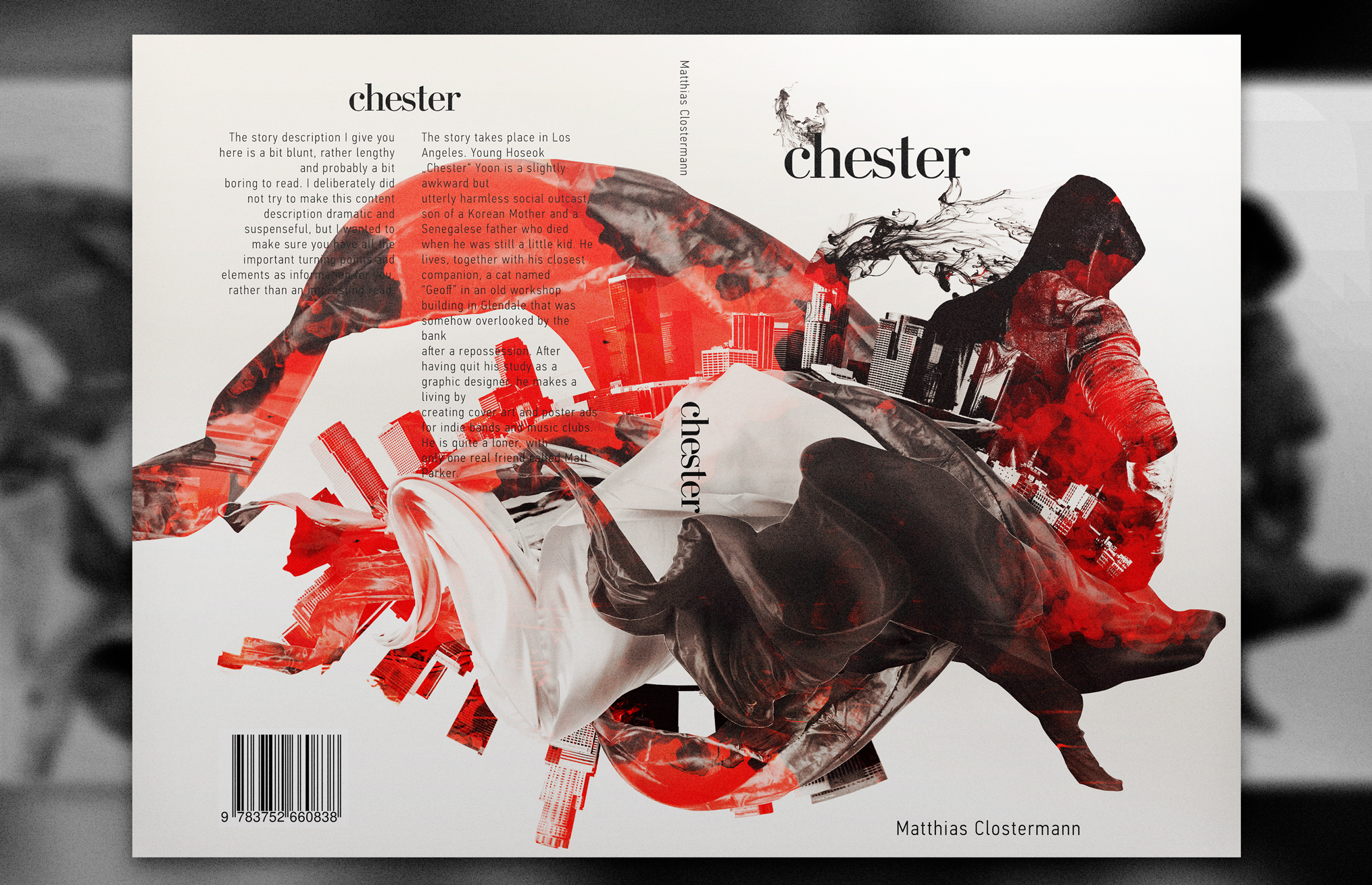 The overall tone & feel of Chester is very dark, it does have some humour, but the idea behind it is really grim and quite tragic. It is basically a character portrait- the story of how a harmless, awkward loner with a troubled past becomes a psychopathic mass murderer by a sequence of stupid coincidences and the abuse of a severely damaging drug. He rationalizes his old childhood trauma (father killed) , his exposure to his mother´s Korean-traditional superstition and his own recent traumatic experiences by finding “demons” that only he can see. What interested me was the way that we rationalize violence- making the victims nun-human, or “deserving the punishment” is a mental tactic that has been used by soldiers in wars just the same as by concentration camp wards. Chester does all that because a drug plus a sudden trauma pushed him into a different mode of being.