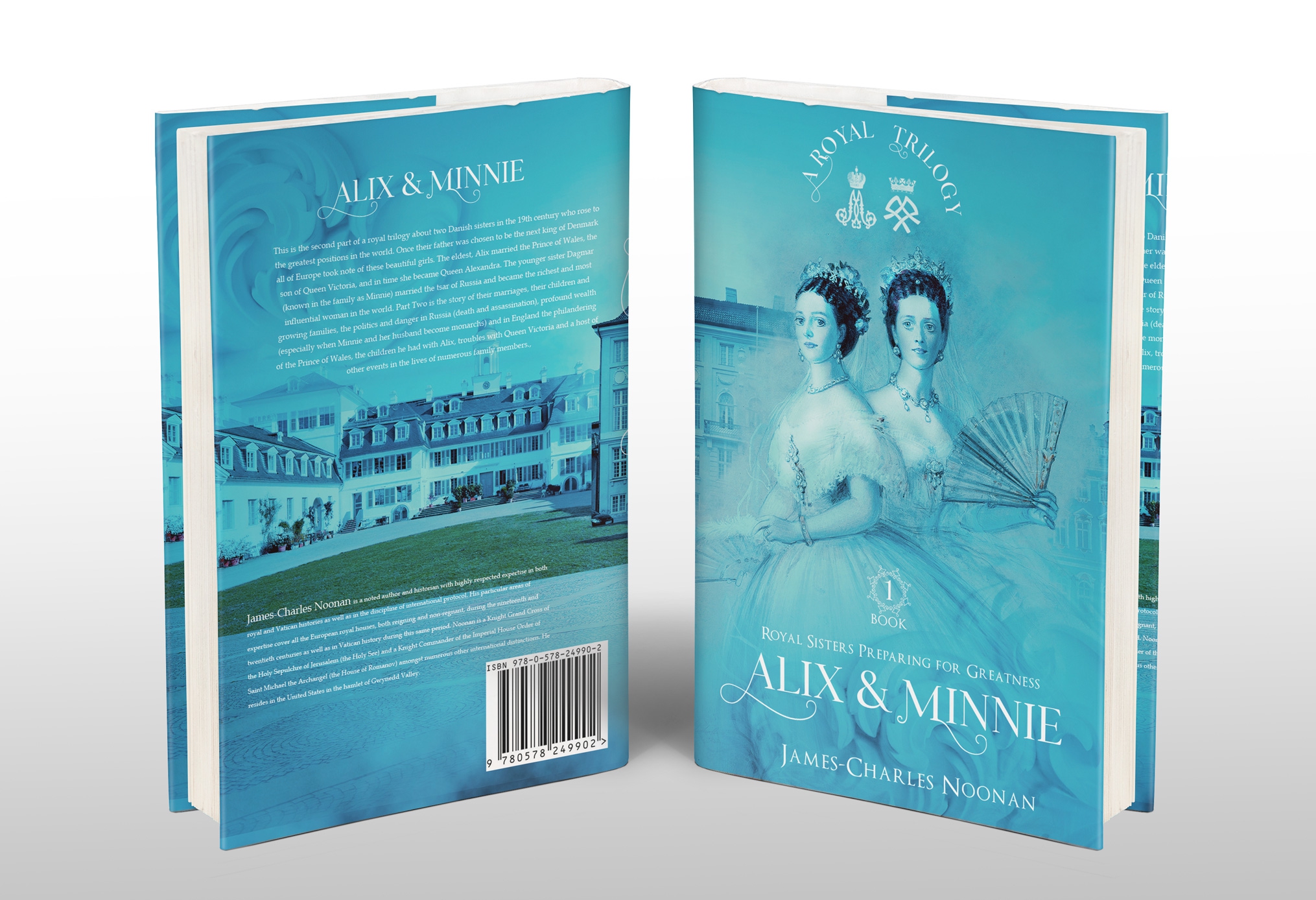 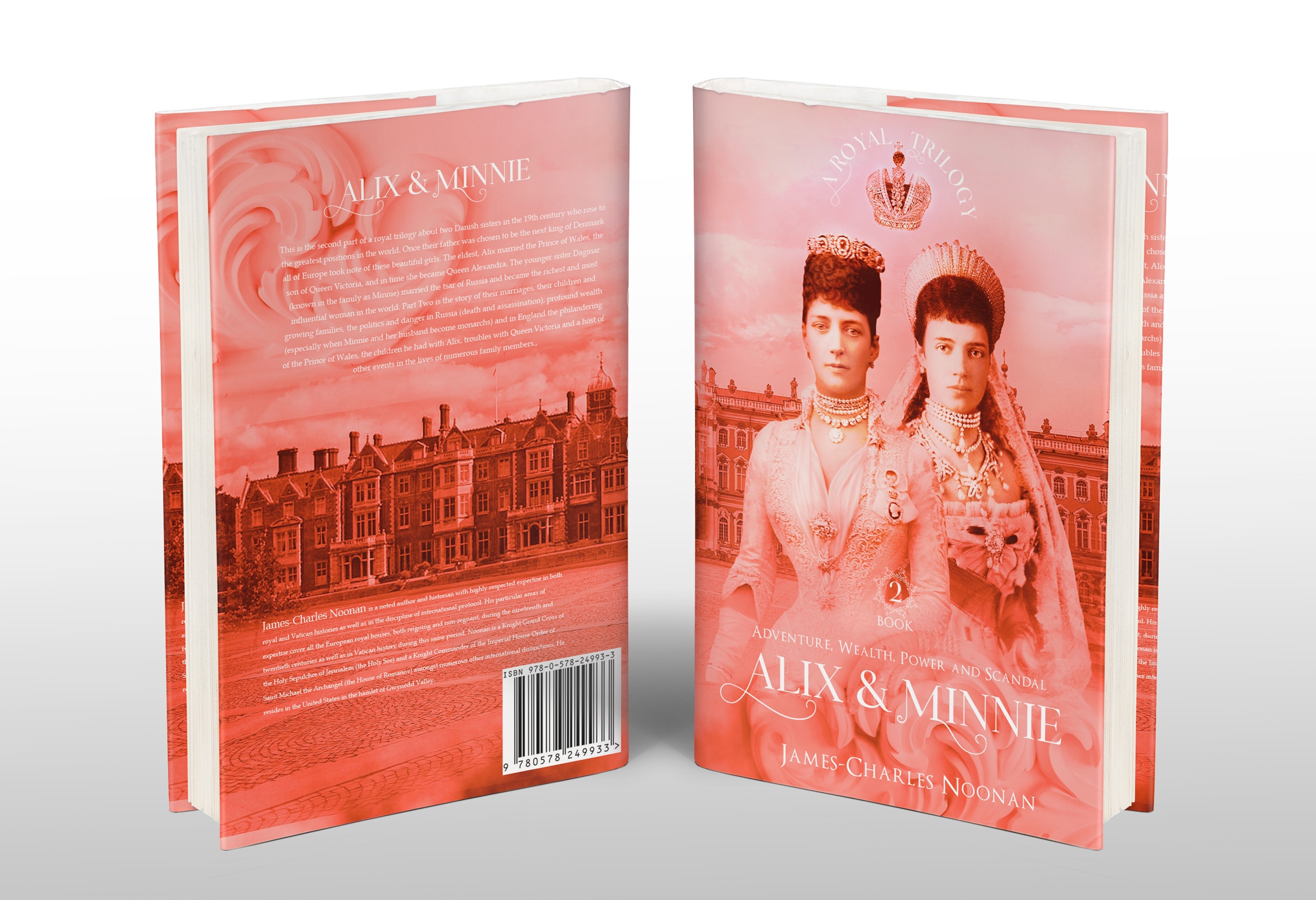 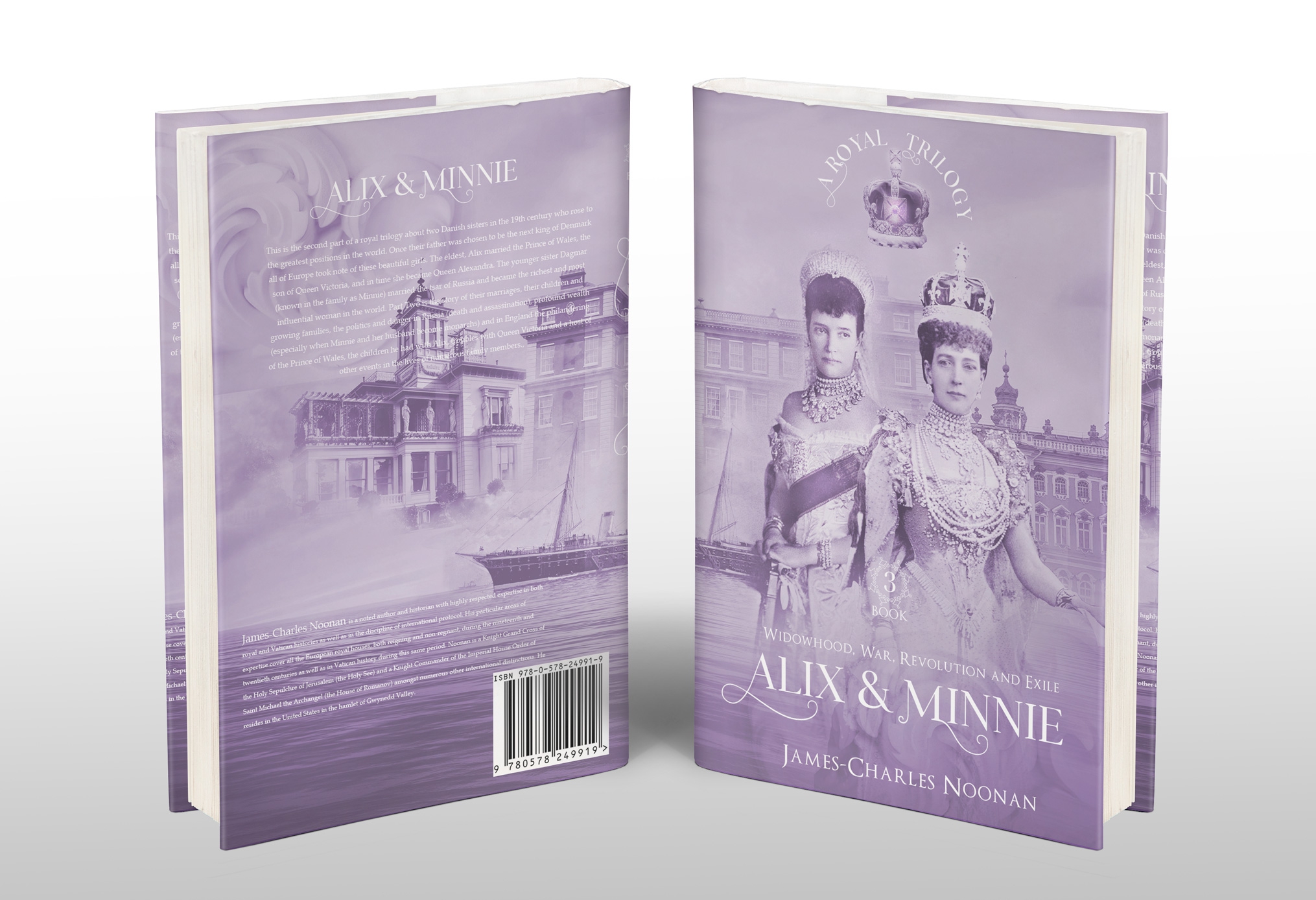 In the mid-nineteenth century two beautiful sisters became the interest of royal Europe when their father was suddenly chosen as the next king of Denmark. One sister Alix (Alexandra) became the wife of the Prince of Wales, son of Queen Victoria, and later became England’s stunning queen. Her younger sister Dagmar married the heir to the tsar of Russia and in time became the wealthiest woman in the world. Known to her family and friends as Minnie, Empress Marie Feodorovna was the mother of the last tsar. These two sisters were so admired that everything they said and did changed European society. Their lives were surrounded by glamour, wealth, drama, scandal, assassination and sorrow. This is their story and the story of the lives of all those around them.

This is the second part of a royal trilogy about two Danish sisters in the 19th century who rose to the greatest positions in the world. Once their father was chosen to be the next king of Denmark all of Europe took note of these beautiful girls. The eldest, Alix married the Prince of Wales, the son of Queen Victoria, and in time she became Queen Alexandra. The younger sister Dagmar (known in the family as Minnie) married the tsar of Russia and became the richest and most influential woman in the world. Part Two is the story of their marriages, their children and growing families, the politics and danger in Russia (death and assassination), profound wealth (especially when Minnie and her husband become monarchs) and in England the philandering of the Prince of Wales, the children he had with Alix, troubles with Queen Victoria and a host of other events in the lives of numerous family members.

concentrates on the later years; the years for Minnie in Russia when she is widowed and where Russia marches towards revolution. It is a time when Alix’s young family become adults, scandals abound in both Russia and England, Aliux becomes queen, World War I erupts, the Russian Revolution destroys everything Minnie knew and Alix is widowed. 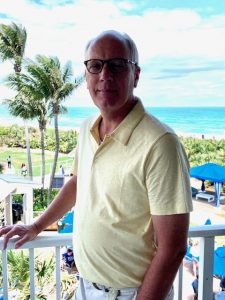 James-Charles Noonan is a noted author and historian with highly respected expertise in both royal and Vatican histories as well as in the discipline of international protocol. His particular areas of expertise cover all the European royal houses, both reigning and non-regnant, during the nineteenth and twentieth centuries as well as in Vatican history during this same period. Noonan is a Knight Grand Cross of the Holy Sepulchre of Jerusalem (the Holy See) and a Knight Commander of the Imperial House Order of Saint Michael the Archangel (the House of Romanov) amongst numerous other international distinctions. He resides in the United States in the hamlet of Gwynedd Valley.